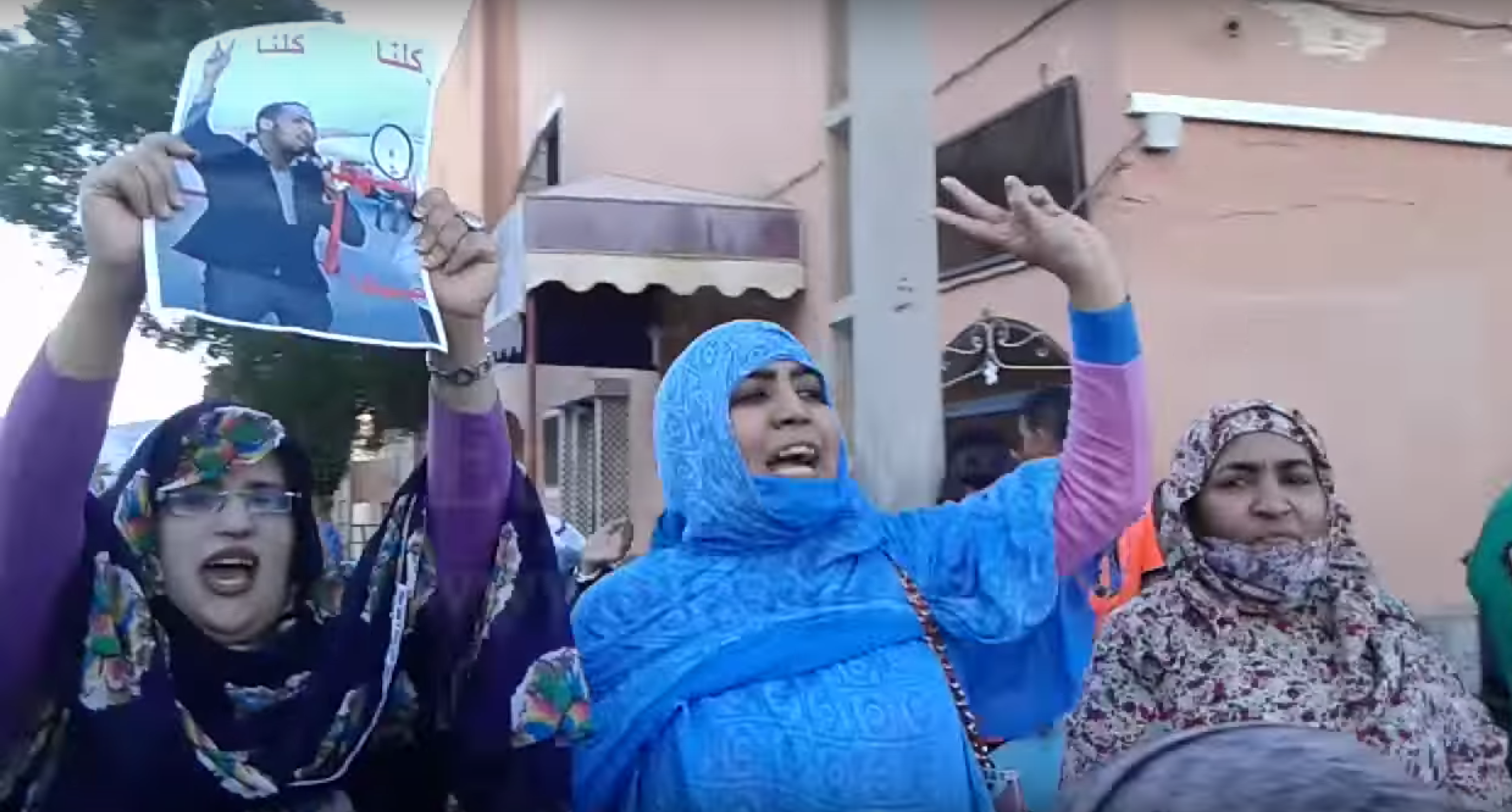 Every day, activists in the occupied territory of Western Sahara protest abuses, economic exploitation, and discrimination they experience at the hands of Moroccan authorities. Their signs are often in English, French, and Spanish, a clear indication that their protest chants are targeted not just at other Sahrawis, but at international audiences–viewers who can pressure their countries to pull out of trade deals with Morocco, report on human rights violations, or support the implementation of a long-awaited referendum for self-determination.

Today, the WITNESS Media Lab, in collaboration with FiSahara and Meedan, is launching a platform to ensure that those risks are not taken in vain. Watching Western Sahara Checkdesk provides curated and contextualized videos by Sahrawi media activists so that reporters, human rights monitors and people around the world can witness, understand, and act upon the human rights issues that take place in the occupied territory.

Bridging the Gap between Media Activists and Audiences

Western Sahara is a place where human rights violations go undocumented, under-reported, and largely unseen by the outside world. UN Secretary General Ban Ki-moon’s planned visit to the occupied territory earlier this year has been indefinitely delayed, and the UN peacekeeping mission in Western Sahara, MINURSO, is the only of its kind that lacks a human rights monitoring mandate. As for foreign correspondents, Moroccan authorities have been known to deny them entry, kick them out, or maintain tight control of their movement.

Sahrawi media activists risk arrests, beatings, and torture to break through this information blockade. However, rarely are their videos used by the international journalists and human rights monitors they seek to inform. For a viewer who is unfamiliar with the territory, does not speak Arabic, or does not know which YouTube channels or Facebook profiles to follow, it is not easy to find online footage and make sense of it. The security risks Sahrawi media activists work with only add to the difficulty, as most videos taken in the occupied territory are filmed from a distance.

Advancing the Use of Eyewitness Video

The challenges of using eyewitness video are not unique to Western Sahara, which is one reason the WITNESS Media Lab is taking on this issue. In curating Sahrawi footage, we seek to identify emerging challenges and share new approaches, resources, and strategies for the safe and effective curation of online videos.

Most importantly, we seek to provide advocates, researchers, journalists and others with the information they need to more effectively monitor human rights in Western Sahara. That need has never been more urgent. The future of MINURSO is in question after Morocco expelled dozens of staffers from the territory last month. The late April Security Council vote to renew MINURSO will mark the 25th anniversary of the mission, which has yet to fulfill its original mandate of implementing a referendum on the self-determination of Western Sahara.

More than 60 videos have already been curated on the platform by a small team at WITNESS and FiSahara, in consultation with Sahrawi media activists. In the coming weeks we plan to add more videos to the platform and more people to the network of curators. Check out Watching Western Sahara Checkdesk to learn how you can get involved. We will also share stories of the media activists behind the cameras, the challenges they face, and the strategies we are employing to curate and contextualize their videos safely and effectively.

Top image is a still from an Equipe Media video of a protest in Laayoune in response to the death of political prisoner Brahim Saika on April 15, 2016.