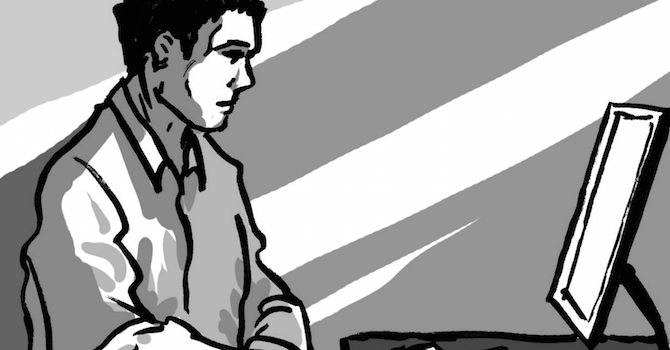 Editor’s Note: This is part of a series on WITNESS’s Ethical Guidelines for Using Eyewitness Videos in Human Rights Documentation and Advocacy. Check back each Wednesday through December 2015 for a new post on ethics and eyewitness video, or click here for previous entries.

Each Wednesday on our blog, we’re exploring the ethics of using eyewitness footage in human rights reporting and advocacy. Up until now, the series has addressed ethical considerations relating to individuals filmed in eyewitness footage. In this post, we’re shifting to the ethical considerations relating to the two other primary stakeholders of videos: the creators and the audience.

Curating eyewitness video gives new context to someone else’s content. How can you not just share but contextualize the footage by providing information about the creators to your audience? (You can read the entire “Ethical Guidelines for Using Eyewitness Footage in Human Rights Reporting and Advocacy,” which this post draws from, at this link.)

Range of Filmers, Distributors, and Motivations behind Eyewitness Videos

Many filmers document human rights issues intentionally as professionals, citizen journalists, or activists who share the footage on their personal or institutional channels and social media accounts. In other cases, footage is shared anonymously due to the particular dangers eyewitnesses face. In the case of perpetrator footage, videos of abuse are often uploaded to the group’s communication channels; other times video is leaked by a whistleblower who takes steps to remain anonymous.

Regardless of whether the filmer’s identity is public, or the source is at risk, has requested anonymity, or is unknown, sharing relevant information about the source with your audience is important.

Why? There are three main reasons:

There are several ways to provide attribution to the creator of a video. Which you choose depends on what medium you are working in, how much you know about the video and if you are able to seek permission from the filmer, and whether you intend to share the entire video, portions of it, or simply report on the information in the video without sharing the footage itself. It also depends on whether there are potential risks involved in revealing the source’s identity–a topic we will delve into in more detail next week. Here are some options:

If you’re looking for more tips on providing attribution to the original source of footage, we recommend these additional resources:

For further guidance, see WITNESS’s Ethical Guidelines for Using Eyewitness Videos in Human Rights Reporting and Advocacy. Click here to see more from WITNESS blog series on ethics and eyewitness videos, and share your own methods and challenges in using eyewitness video by reaching out on Twitter or sending an email to feedback [at] witness [dot] org.