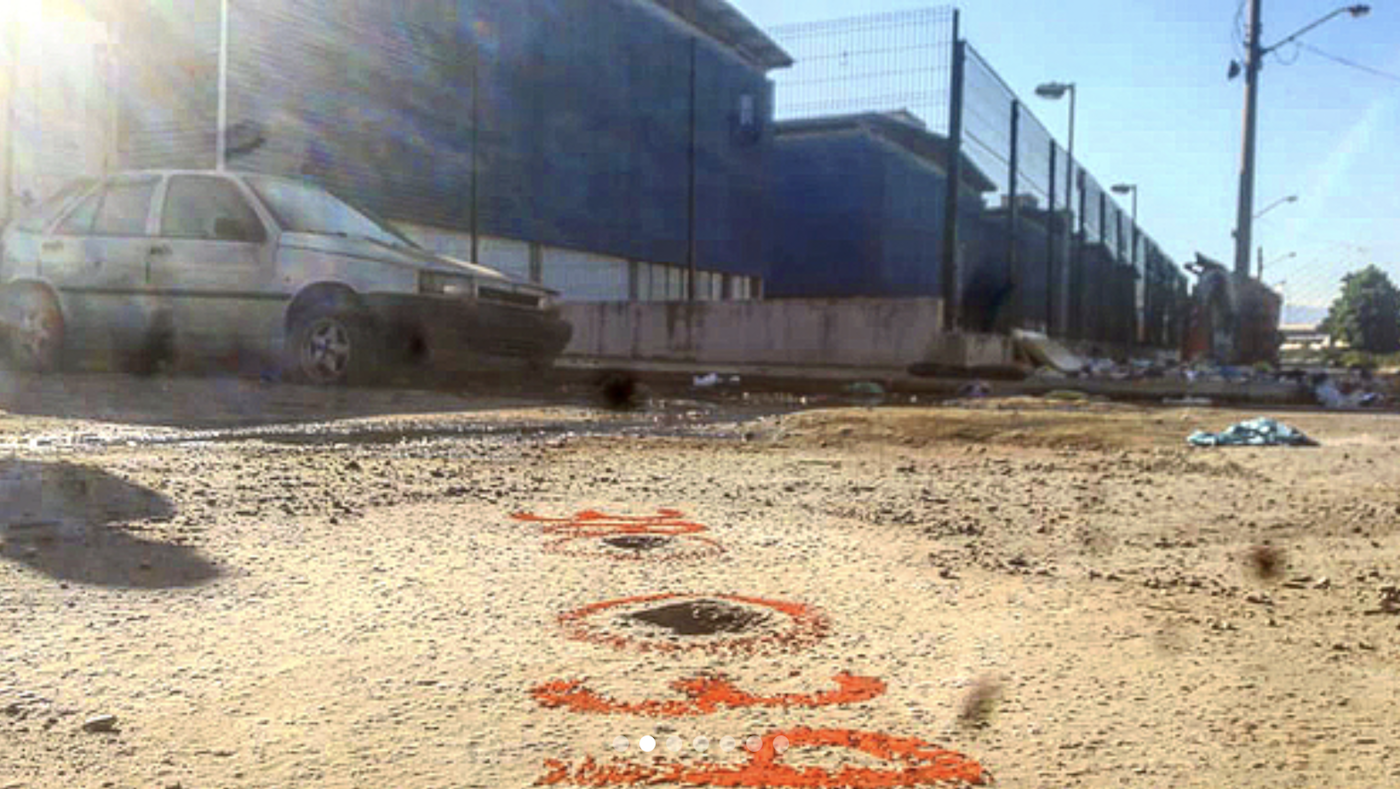 In June 2018, Rio de Janeiro military police joined lethal forces with the Brazilian Army for a counter-narcotics operation in the favela of Maré in the northern part of Rio. The joint forces committed several human rights violations and excessive violence against residents and bystanders, including indiscriminate shooting from armored helicopters and tanks.

The operation began around 9am on June 20, 2018, and in short time residents on social media reported the presence of military tanks on the streets and an armored helicopter firing down over one hundred bullets into the neighborhood. A local independent media collective, Maré Vive published videos as events developed throughout the day. By the end of this brutal attack, classes were suspended for six thousand children in the area, with seven deaths confirmed including Marcos Vinícius da Silva, a 14 year-old teenager who was shot in the back by ground forces on his way to school.

A prior incident in January saw residents of a nearby favela using mobile phones to capture a helicopter firing into their neighborhood. Following last week’s attack, public defender Daniel Lozoya called the indiscriminate shooting from helicopters at densely-populated areas “absurdly reckless”. The Public Defender’s Office in Rio immediately filed an appeal to prevent the use of helicopters in police operations, though the request has been denied by the Rio de Janeiro Court. 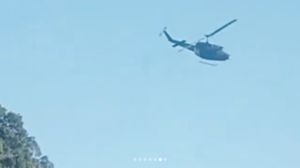 Last week’s attack is dubbed by some as a “revenge operation” as the government allegedly sought to serve twenty-three arrest warrants against those responsible for the June 12th murder of Ellery de Ramos Lemos, the chief investigator of the Drug Enforcement Office (DCOD). To date, no consequences holding state forces accountable have been announced, however, there are indications of extrajudicial murders of alleged drug dealers.

This barrage of violence against favela residents is not new and comes in a particularly violent year following the murder of Rio councilwoman and outspoken critic of police violence Marielle Franco. And the state-sponsored violence is only getting worse. Earlier this year President Michel Temer declared a military intervention in Rio de Janeiro, handing over Rio’s security forces, including the trigger-happy Pacifying Police Units (UPPs), directly to the Army and its commander, General Braga Netto. Since the announcement, state sponsored violence and surveillance have rapidly increased. Deaths resulting from police operations, for example, rose 46 percent last month compared to the same period last year. 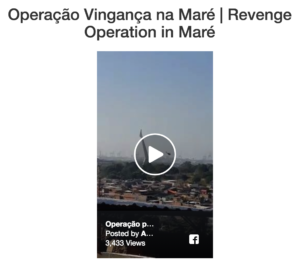 Amidst years of state-sponsored brutality, documentation and storytelling have risen to the forefront of activism and civil society in Brazil. Prior to last week’s attack, collectives from Maré were planning an evening screening of the movie “Autos De Resistência”, a documentary about state violence in Rio de Janeiro. Meanwhile, WITNESS had planned a livestreaming pilot of the Mobil-Eyes Us app to engage distant witnesses in civic actions. However, the pilot was canceled in light of the attack and participants received notification of the cancellation, which was replaced by coverage of the day’s deadly events with help from Rio On Watch.

WITNESS will continue to monitor and support activists in Rio and beyond using video and technology to defend human rights. To follow and get involved, visit: