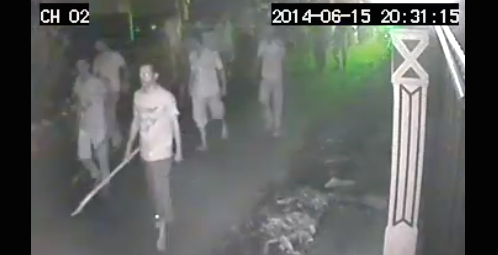 Since violence emerged in the city of Aluthgama on June 15, independent and citizen media have been crucial sources of information, especially in light of what one local journalist called “radio silence across all mainstream media.”

We’ve been following tweets and reports from the Sri Lankan citizen reporting organization, Groundviews, for updates. The night of the riots, reporters shared photos and other information in real time on Twitter, prompting the UN’s High Commissioner for Human Rights, Navi Pillay, to urge the government to protect religious minorities. Later, Groundviews published these photos documenting the aftermath of arson attacks.

Online video has played a role in piecing together the trajectory of the sectarian violence. A subtitled video of the speech given by BBS secretary Gnanasara Thero on June 15, widely believed to have incited the anti-Muslim riots, was uploaded to YouTube the following day. “In this country we still have a Sinhala police; we still have a Sinhala army,” read the subtitles 53 seconds into the video, as Gnanasara shouts to the crowd. “After today if a single Marakkalaya (offensive term for Muslims) or some other paraya (alien) touches a single Sinhalese…..it will be their end.”

Following the riots, a Buddhist monk known for his criticism of the BBS and his calls for interfaith harmony, Venerable Watareka Vijitha Thero, was found beaten in a ditch. While he recovered in the hospital, Thero spoke to the media, looking over his shoulder all the while. Groundviews uploaded a subtitled version of his interview, “to help a wider community understand Thero’s predicament.”

While his testimony is vague, he ends by stating that “the person who caused shops, houses to burn, and people to be murdered, Gnanasara Thero, is free today, while I, the person who promoted peace and reconciliation, is about to be arrested.” Indeed, he was. Police have claimed he fabricated his attack in order to receive police protection.

Groundviews also acquired video from closed circuit cameras (CCTV) that appears to show groups of young men roaming sticks the streets with sticks the night of June 15, after the government imposed a curfew to stem the violence. “Watching them begs the question,” writes the author, “how was it possible for violent mobs to roam freely in the area destroying property, with scant regard for Police presence, if any, during what was officially a curfew imposed by the State?”

While the violence has subsided for now, the riots made clear how quickly a spark can erupt into flames of violence against Sri Lanka’s minority communities. Many Sri Lankans are trying to understand the role of hate speech, the president, and the mainstream and social media in the Aluthgama riots. As one journalist points out, while the local mainstream media’s silence left an information vacuum taken up by social media, that silence could just as easily be filled by false rumors and more hate-mongering.

Unfortunately, the latest news out of Sri Lanka concerns a threat to just the sort of independent reporting that provides credible documentation of human rights issues and a bulwark against rumors. The Ministry of Defense issued a letter dated July 1 “to all non-governmental organizations” demanding that they cease “unauthorized” activities. The letter specifically cites activities such as “training for journalists.”  Earlier this year, the Sri Lankan military interrupted a workshop on investigative journalism conducted by Transparency International Sri Lanka.

Featured image from CCTV footage acquired and shared by Groundviews