Published November, 2019 by palika in ICE

Eyes Beyond the Border: Using Video to Defend Migrant Rights

In October, WITNESS’ U.S. Program team traveled to Tijuana, Mexico to train human rights defenders and attorneys at the busiest port of entry in the world. As draconian U.S. immigration policies impact communities on both sides of the border, the aim of the trip was to support advocates with crucial skills and tools to document abuses against migrants and asylum seekers hoping to enter the U.S.

We partnered with Alma Migrante – a legal non profit in Tijuana – to conduct a series of video evidence and video advocacy trainings with directly impacted communities, advocates, lawyers, journalists, filmmakers and others fighting for migrant rights in the region.

Many of the U.S. immigration policy and systems changes have been made quietly and incrementally. Asylum seekers are being pushed back to Mexico as they await their asylum hearings, or are forced to have their hearings held in secretive tent facilities at the border that don’t allow access to the public. The U.S. administration’s objective: Out of sight, out of mind.

This is why WITNESS’ U.S. Program decided it is crucial to engage with human rights defenders and attorneys in Tijuana, and share our immigration work further across the U.S./Mexico border. U.S. immigration policies affect communities on both sides of the border, and we need to support advocates on both sides with crucial skills and tools to document abuses against migrants for evidentiary and advocacy purposes.

A video of our training is available for activists and allies to access in person at Enclave Caracol in Tijuana, Mexico.

We also had the opportunity to witness the asylum metering list first hand. In 2018, U.S. Customs and Border Patrol started limiting the number of asylum seekers they processed at ports of entry each day, forcing migrants to wait in Mexico. This practice is called “metering.” Migrants who are forced to wait in Mexico often don’t speak the language, don’t have access to housing, food or legal services, or any means of making money. Shelters are overflowing, as the migrant shelter directors who attended our training told us. This makes migrants exceptionally vulnerable to being targets of extortion, trafficking and state violence in one of the most dangerous border cities in Mexico.

In Tijuana, migrants manage the list themselves, which exceeded 26,000 names in August. Migrant “volunteers” call out names every morning around 8am. This process not only creates negative and sometimes abusive power dynamics between migrants, but also enables the U.S./Mexican governments to shirk their responsibilities of protecting asylum seekers. Both sides claim not to be involved with the list, even though there is clear communication from the U.S. about how many people can enter each day, and Mexican authorities are responsible for picking up the migrants whose numbers are called and bringing them to a point of entry. 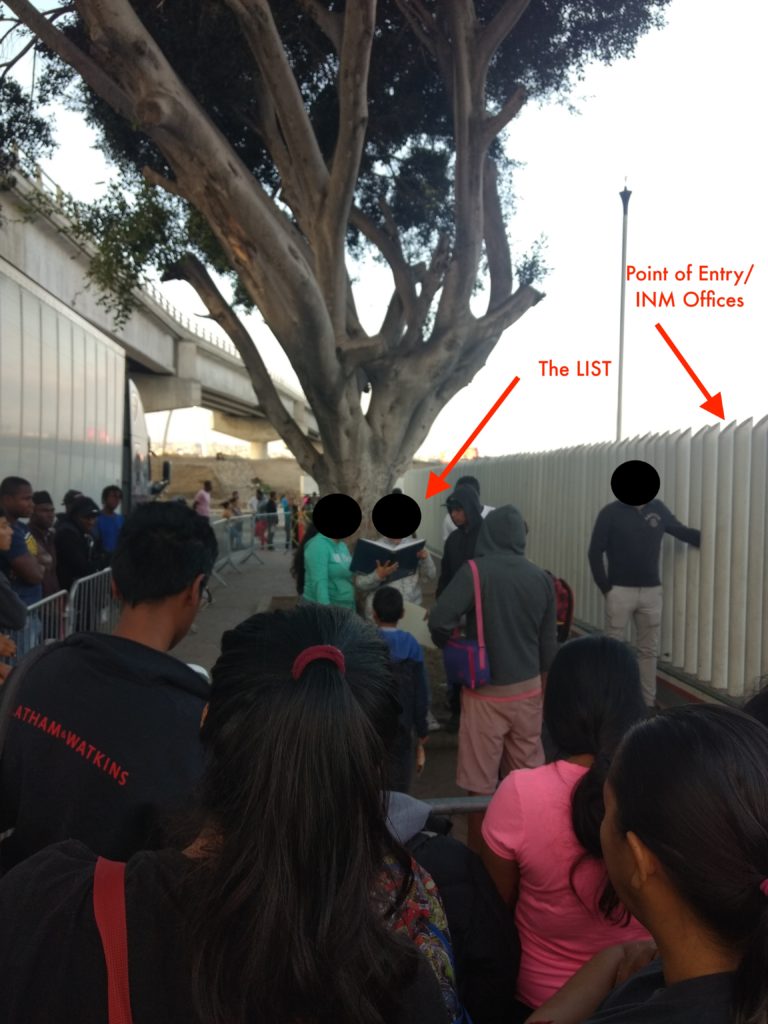 We saw families with small children wait eagerly for their names to be called. We saw smiles on the faces of those who were called, and tears and devastation from those whose names were not. Even those who got their names called will most likely have to return to Mexico to wait months for their asylum hearings under the administration’s new “Migrant Protection Protocols” – their journeys are nowhere near over.

Because making a claim the “legal way” has become so difficult, many desperate migrants try to cross the border without authorization – a grueling and dangerous task as we saw with Óscar Alberto Martínez Ramirez and his 23 month old daughter Valeria who drowned in the Rio Grande trying to cross earlier this year. Photos of their bodies made international headlines.

We also visited the border wall at “Friendship Park” where we watched families and friends who have been separated reunite for a brief moment between the chain links of the wall. A local community organization organizes the meeting on most Sundays with cooperation from U.S. Border Patrol. Families and friends catch glimpses of each other through holes, and give out “finger hugs” as Border Patrol agents surveill. 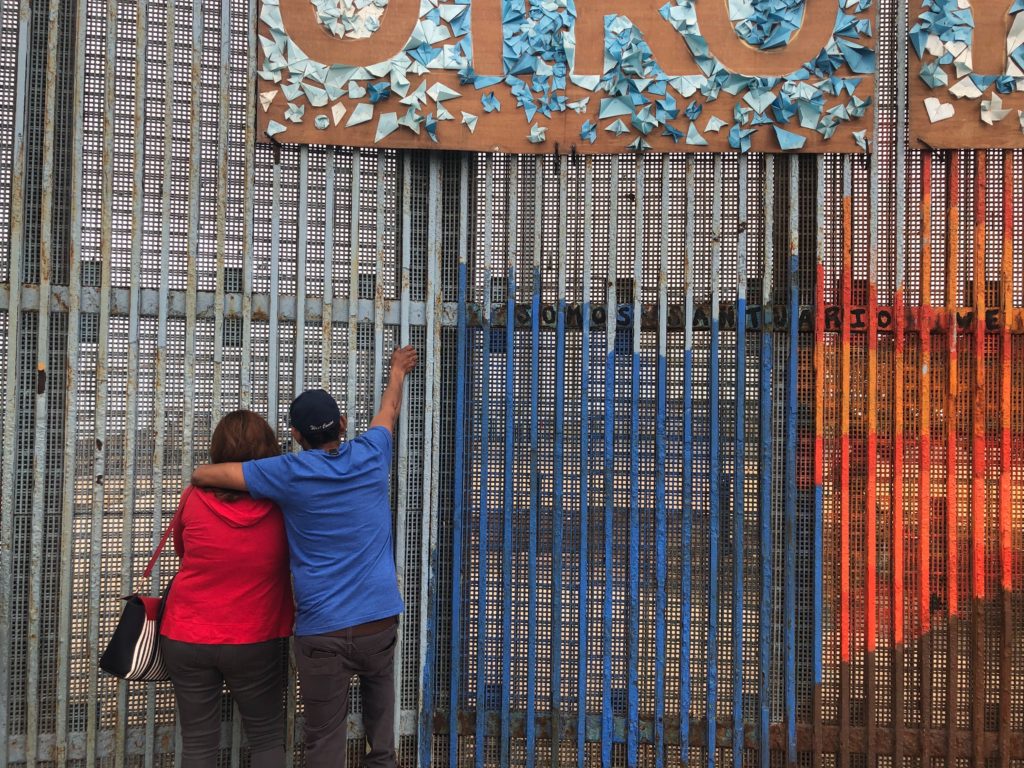 Our experiences in Tijuana underlined the importance of using a holistic approach to immigration advocacy, working across borders and beyond the imposition of racist imposed boundaries. Advocates on both sides have so much to learn and share with each other, and we are grateful to have experienced that flow of power and information firsthand. It was devastating to witness the human toll of U.S. immigration policies in Mexico, but it was also inspiring to meet so many relentless human rights defenders. The advocates we worked with have fortified our commitment to expose abuses against immigrant communities, shed light on stories of struggle and triumph, and continue to use video and technology to advocate for immigrant, asylum seekers and migrant rights.