In the summer of 2014, a video of Eric Garner being murdered by the NYPD went viral. It fueled a nationwide conversation about systemic racism in US policing. Less than a month later, these conversations bubbled over after the police killing of Michael Brown Jr. in Ferguson, MO. Amongst many proposed policy solutions, body cameras became a favorite.

Some survivors of police killings, including Michael Brown Jr.’s family, supported body cameras and the idea that they could promote accountability and transparency and have a “civilizing effect” on the behavior of officers and those they interact with. Police officers’ associations touted a 2013 study (supported by Axon, the biggest manufacturer of body cameras) showing that body cameras are effective. In December 2014, President Obama announced a “$263 million investment package” in body cameras and “increasing community policing.”

What we heard was different. Communities most affected by police violence expressed concerns about what kind of policies would be put in place to regulate their usage. Some pointed out that body cameras function as surveillance that would continue to disproportionately impact communities of color that were already overpoliced. The Stop LAPD Spying Coalition contended that “marketing hype and the pursuit of more effective means of surveillance and intelligence gathering, not empirical data, are driving the push toward adoption of body-worn cameras by police departments across the nation.” Similarly, in 2016 the Movement 4 Black Lives platform called for “An end to the mass surveillance of Black communities,” including police body cameras.

As we reflect on five year’s passing since these police killings, we’re seeing new energy around a push for body cameras for agencies like Customs Border Patrol, and from other countries such as Brazil who are pushing for the push for adoption of body worn cameras for their police departments. Before we move forward, we need to take a moment to reflect on where body cameras have gotten us.

What we and others predicted about body cameras

WITNESS has questioned body cameras since this initial rush. As early as 2015, we said, “We don’t need more video from the police perspective, but more from our own.” We echoed the sentiment of many people we’ve worked with. Jacob Crawford of WeCopWatch and Rachel Lederman of the National Lawyers Guild cautioned that body camera footage is shot from a police officer’s perspective and “is treated as evidence first and foremost” — not publicly accessible records for accountability.

Between 2014-15 many civil rights organizations outlined recommendations for body camera policies. The Civil Rights Principles on Body Worn Cameras, published by the Leadership Conference, provided clear policy recommendations and were endorsed by 34 organizations, including Million Hoodies Movement for Justice, Electronic Frontier Foundation, and the ACLU. The five key factors on what makes a good policy include:

The Leadership Conference also developed “Body Worn Camera Policy Scorecard”, which analyzes actual city policies as they are adopted. The Scorecard notes, “accountability is not automatic. Whether these cameras make police more accountable — or simply intensify police surveillance of communities — depends on how the cameras and footage are used.”

Unfortunately it appears that cameras have largely not led to accountability.

Since body cameras have been implemented across the United States, we have seen numerous egregious examples of footage being released slowly or not at all, of officers turning their cameras off at crucial moments and videos are, for the most part, not resulting in more accountability or prosecutions of officers.

One can look at the news just from July and August to see how body cameras are working. Links are headlines:

1) Research didn’t support the efficacy of body cameras 5 years ago, and it still doesn’t today

There is little evidence to support claims that police body worn cameras will result in increased transparency, accountability and better officer behavior. The push for body cameras was largely predicated on one study conducted in Rialto, CA in 2012 that only included 54 officers. As a 2019 research paper from researchers at George Mason University notes, “BWCs [body worn cameras] were quickly adopted in a low-research environment. In other words, agencies had already begun rapidly adopting BWCs without clear knowledge about whether the technology could deliver.” The study reviewed all available research on body cameras up until June 2018, and the research does not paint body cameras in a good light. The paper notes, “nearly all (93.0%) responding prosecutors’ offices in jurisdictions that use BWCs use them primarily to prosecute citizens,” and concludes that “BWCs have not produced dramatic changes in police behavior, for better or worse.”

Similarly, recent studies done within larger police forces, such as one conducted by the Metropolitan Police Department in Washington DC, stated that “The presence of cameras had no statistically significant impact on how often officers used force or on how many misconduct complaints the city received.”

2) Body cameras have been adopted with bad policies

Policy recommendations from civil rights organizations and legal experts have not been adopted. Worse, some police departments have developed policies that explicitly restrict public access to body camera footage (even to attorneys) while other departments have no policies around access or retention to footage. Some policies even allow officers to review footage before writing their reports, allowing them to create an exculpatory narrative around the footage rather than writing an initial report based on their memory.

The absence of these policies has real life impacts. According to the National Institute of Justice, “researchers found… use-of-force incidents by officers with body-worn cameras increased when the officers had the discretion to determine when to activate their cameras during citizen interactions.”

In cases like that of Willie McCoy – a young hip hop artist who was killed when police fired more than 55 rounds into his car while he was sleeping – it took a massive public outcry to get the Vallejo Police Department to release the body camera footage. The footage clearly contradicted the officers official statements and showed that the officers never announced themselves as police or made any attempt to de-escalate the situation.

If the public has to fight to gain access to this type of footage, how are we ever supposed to believe that body cameras will increase transparency and public trust in police departments?

3) Body Cameras Are Costly and Cumbersome

As reported in Vox earlier this year, a number of police departments are moving away from body camera programs because they are too costly. In an interview with the Washington Post, Jim Pasco, executive director at the National Fraternal Order of Police said, “The easy part is buying the body cameras and issuing them to the officers. They are not that expensive, but storing all the data that they collect — that cost is extraordinary. The smaller the department, the tougher it tends to be for them.”

Like police officers’ salaries, the extraordinary cost of storing this data is paid for with public tax dollars. Most of this money goes to third-party vendors, such as Axon, formerly known as Taser, who makes body cameras, electroshock weapons and runs a cloud-based platform called Evidence.com. As more and more police departments enter contracts with corporations like Axon, their profits are soaring.

4) Body camera tech is getting more and more invasive

Camera manufacturer Axon recently said, “face recognition technology is not currently reliable enough to ethically justify its use on body-worn cameras.” However, this type of technology is being developed, and facial recognition itself is being deployed throughout the US. Amazon was criticized for selling its face recognition software, Rekognition, to police departments in Florida and Oregon, and the NYPD recently came under scrutiny for its own questionable use of facial recognition to track down a suspect.

1) We Don’t Need Police Body Cameras, We Need to Uphold the Right to Record

There is a tragically long list of names that come to mind when thinking of police killings and violence caught on video in the US – Eric Garner, Walter Scott, Freddie Gray, Philando Castile, Rodney King. These incidents were all filmed by eyewitnesses, not the police.  We know officers lie, and eyewitness video can be key in helping expose abuses and in some cases, help secure accountability. As the attorney for Walter Scott said, “What if there was no video? What if there was no witness? Where would we be without that video?”

Fundamentally, WITNESS believes that if body cameras are adopted, they should be adopted with the kinds of policies outlined in the Leadership Scorecard. But if every individual can film, and knows when and how to do so, body cameras become unnecessary. 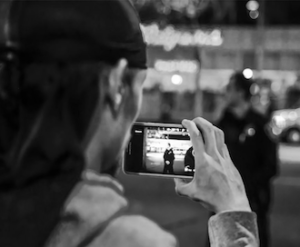 The reality in the United States, however, is that despite having the constitutional right to film law enforcement, many of the people who film police abuse have become targets of harassment and aggression- both while they are filming and afterwards. For example, Ramsey Orta who filmed the killing of his friend Eric Garner faced repeated threats and is currently serving time in prison for “unrelated charges” where he continues to face threats.

Similarly, police officers regularly interfere with individuals while they are filming, from trying to seize cameras and delete footage showing their wrongdoings, to intimidating individuals into believing that they do not have the right to record. As WITNESS expected, body cameras mainly serve as a distraction from the need for civilian oversight of law enforcement- including the unfettered right to record.

We need to ensure that everyone is free to film without harassment, that the people who risk their lives to capture videos are protected, and that officers who stand in the way of this are held accountable.

Over the past decade the federal government has given billions of dollars to state and local law enforcement agencies for equipment and officer trainings that lead to the increased militarization and criminalization of the most marginalized communities. These funds are awarded with little or no oversight from the public and there are few accountability mechanisms in place. A recent study shows that this type of militarization does not reduce rates of violent crime.

We need to divest from these programs and re-invest this money in educational, mental health and employment programs, restorative justice initiatives and creative community-generated activities. A report published by a coalition of racial justice groups, “Freedom to Thrive: Reimagining Safety and Security in Our Communities” reviewed the budgets in 12 jurisdictions and compared the city’s spending priorities with those of the community organizations and residents. According to Jennifer Epps-Addison, co-executive director of The Center for Popular Democracy, one of the groups who created the report, “People may want to call this report radical and abolitionist, but really it is a practical report based on best practices and research on what actually helps communities succeed and what helps reduce crime.”

In the US, police are protected by so-called “police officers’ bill of rights” that make it incredibly difficult to get personnel information such as records of abuse. Recently, however, some states have finally started to address this. For example, last year California passed a law that made “police disciplinary records and body camera footage …available for public scrutiny.”

Also in the US, despite increasing indictments of police officers for violence committed while on duty, successful prosecutions are rare. As we discussed after a jury acquitted the police officer who killed Philando Castile, this is because juries in the US are regularly instructed to view fatal shootings from a police officers’ point of view, and evidentiary standards for prosecutors in these cases are very high.

These protections must end. Police officers are public servants.