This week WITNESS re-launched the Human Rights Channel with a new name, a new online home, and a new approach to addressing the challenges of curating citizen video for human rights documentation and advocacy. The WITNESS Media Lab is the latest evolution of WITNESS’ work curating online video and advancing its use as a tool for justice. The Human Rights Channel itself developed out of what we learned running The Hub, the first website devoted to the curation of human rights footage.

As an organization dedicated to empowering citizens using video, it is imperative that we constantly reflect on changes in the landscape in which we work. (If we didn’t, we would still be sending packages of Sony handycams around the world!) The policies, practices, and technology that allow videos by average citizens to expose abuse and serve as a tool for justice are constantly evolving, and our strategies must keep up.

In our three years of curating citizen videos from around the world on the Human Rights Channel and the WITNESS blog, we learned a lot about those changes. Our assumptions were tested and the ecosystem of online video shifted in more ways than one. New challenges emerged in curating and verifying those videos, and using them safely and effectively to expose abuse and advocate for change. 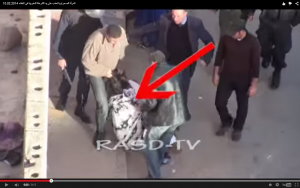 A screenshot from an eyewitness video in Western Sahara.

Verification is a Spectrum

When we launched the Human Rights Channel in 2012, in partnership with Storyful and YouTube, we stated that every video curated on the channel would be “verified by Storyful.” We partnered with Storyful–and will continue to collaborate with the organization–because verification is a critical part of the process of using eyewitness videos. We have seen dozens of examples of videos that have been manipulated to mislead viewers, journalists, and human rights investigators.

But what about the videos that cannot be verified?

Storyful has developed a sophisticated method of verifying the authenticity of citizen footage, and its expertise has helped not only journalists but also human rights investigators adopt this new skillset. Its reporters are often able to quickly debunk an old video purported to be new, or verify the authenticity of footage of breaking news events by contacting the filmers and corroborating images with other available data.

But not every video can be verified in this way. Human rights footage is often shared anonymously by whistleblowers or activists who risk retribution for exposing abuse. Over the years, several individual videos and as well as entire regions and issues proved challenging when it came to corroborating the filmer, location, and date of the recording.

For instance, activists in Western Sahara take great caution filming, due to the Moroccan authorities’ intolerance for protest. They share their footage of demonstrations and violence against activists anonymously on the YouTube accounts of media networks. In this case, rather than reaching out to the filmer, we must reach out to those networks, and gauge their commitment to honest and authentic reporting. Were it not for the insight and language skills of a journalist from the region who worked with our team, we would not have been able to research those videos enough to trust that they were authentic.

Footage taken inside jails and other closed or private spaces pose a similar challenge. When a video emerged online in Saudi Arabia showing what appeared to be the beating of a domestic worker, it received international media attention, to which some authorities responded with the question, How do you know this was filmed here? Because the footage appears to take place in a private home, there are limited means of corroborating exactly where or when it happened, outside of speaking with the individuals involved, and one could imagine why neither the filmer, the abuser, nor the abused man came forward. 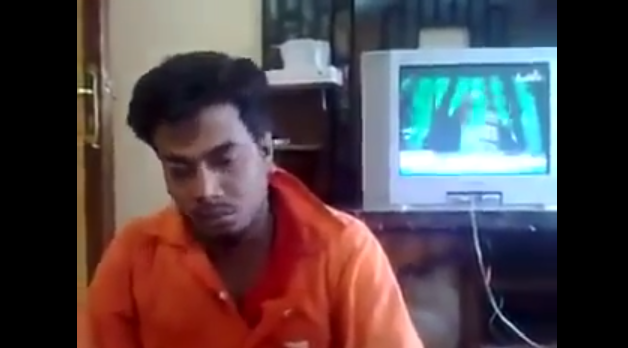 Screenshot from video showing the abuse of domestic workers in Saudi Arabia.

Many videos present this challenge. We have no reason to believe they are not what they purport to be, but yet we cannot say for certain where and when they take place. In cases like these, to only use the word “verified” to explain whether or not we have determined a video is authentic is insufficient information to provide viewers.

Which brings us to our next lesson…

Authenticity is only one important factor in understanding eyewitness footage

To say that a video has been verified suggests that the process is as simple as checking a box. It says nothing about the filmer, the uploader, whether there is a political agenda behind the footage, and how representative it is of the issue it documents.

Understanding and providing context about a video is just as important as verifying that it is authentic. Who is behind it? Was is filmed by an uninvolved bystander, a member of a political group, a media collective, or an anonymous first-time uploader?  Is there other footage that can provide a different timeframe or vantage point of the event?

This is not to say that eyewitness videos should be held up to journalistic standards of objectivity. But when we are processing information that was collected and distributed by others, the perspective behind the footage can provide important insight into how we understand it. This is as true for videos shared by ISIS as it is for those distributed by the Israeli Defence Force, Cuban dissident groups, UN representatives, and an Indian community media organization.

The ability to witness events that take place thousands of miles away affords a sense of intimacy that can easily be confused for understanding. We may be moved by what we see on the screen, but we must still ask what came before the recording began, what took place off-screen, and who is pressing record. Just as local or specialized knowledge can help verify or debunk a video’s authenticity, it can also be critical to understanding the context of online footage that may be less visible to distant viewers.

Curation skills and strategies must adapt to emerging technology

After the fatal police shooting on Los Angeles’ skid row this March, the video was removed from the pages of Facebook users who had shared it–without any explanation. It was among the first major human rights videos in the U.S. to emerge initially on Facebook, rather than YouTube, and underscores the growing number of distribution methods used to share videos around the world, as well as the challenges unique to each one.

While YouTube is the most widely-used video sharing platform, many social movements and human rights abuses are documented primarily on Twitter, Facebook, VK.com, and platforms built by activists themselves. Others still are captured on smartphones in regions where hi-speed internet is inaccessible or strictly controlled, and where video files travel from person to person before they are shared online.

Each platform comes with its own challenges, both for uploaders and for those seeking to use their footage to document and monitor abuse. Closed groups and livestream services present other risks and opportunities. Are the videos preserved? Are they searchable by location? Can users choose to be anonymous, or to share metadata so that viewers can trust the recordings are taken at a particular place and time?

To find, verify, and curate citizen video for human rights, we must understand the variety of platforms used, and how they facilitate, or hinder, those efforts. 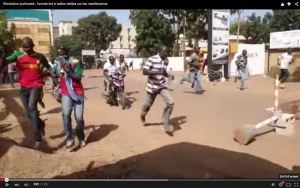 It would take days to enumerate all of the lessons we learned curating videos on the Human Rights Channel. Other big ones include:

The WITNESS Media Lab developed out of many of these lessons learned. We will carry these insights with us as we continue to curate, contextualize, and advance the effective use of eyewitness videos for human rights. Stay tuned for more about our upcoming projects. And if you have curated eyewitness media, do these lessons resonate with you? What else have you learned and what challenges would you like to see addressed? Add your comment or reach us at @WITNESS_Lab.
Madeleine Bair leads the WITNESS Media Lab, where she curates and analyzes eyewitness video of human rights abuse.