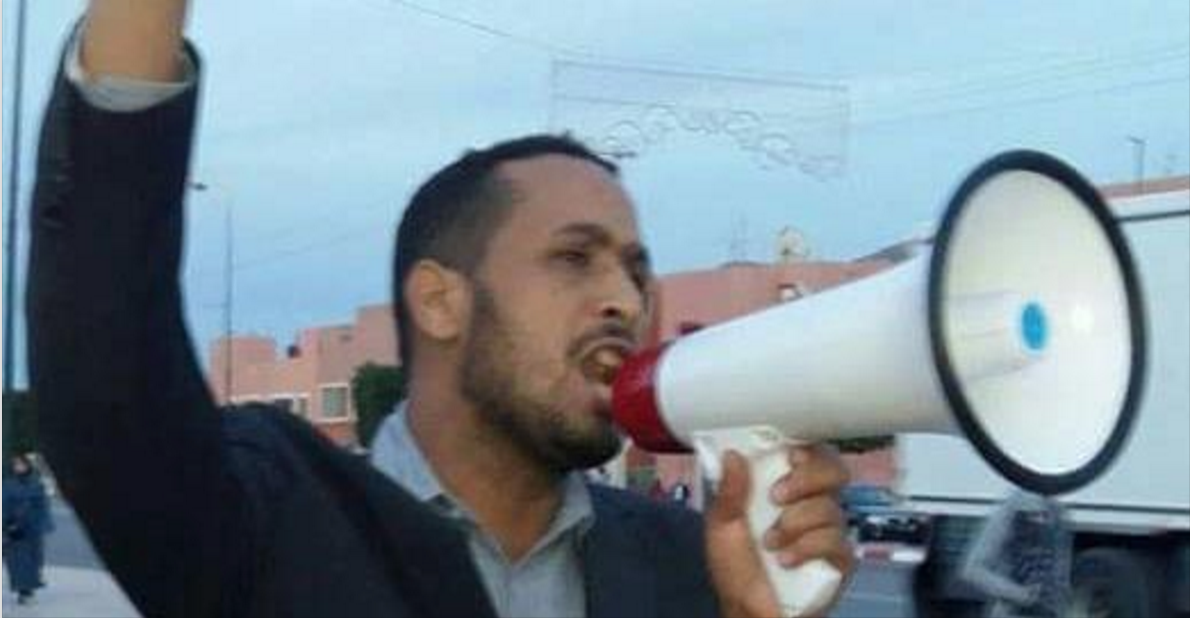 Editor’s Note: A version of this post was originally published on Watching Western Sahara Checkdesk, a collaborative platform for curated and contextualized videos from Western Sahara.

The death of Brahim Saika, a leading activist in the movement for Sahrawi economic rights, has fueled massive protests in Western Sahara and southern Morocco, and renewed attention to the treatment of Sahrawi political prisoners.

Saika died April 15 at a hospital in Morocco while in detention. He had been a leader in the movement for Sahrawi employment, which has organized demonstrations in the occupied territory and southern Morocco calling for greater educational and professional opportunities for Sahrawi people. He was from Guelmim, a city in southern Morocco with a large Sahrawi population. This video is described as showing Saika speaking with activists at a demonstration on March 18, 2016.

According to Adala UK, the activist had been arrested on April 1 near his home after meeting with union members and unemployed Sahrawis. Shortly thereafter, he began a hunger strike to protest his detention and his brutal treatment. On April 6, he was taken to a hospital. Three days later, AFAPREDESA, a network of relatives of Sahrawi prisoners and disappeared activists, released a statement voicing concern for his health. Saika’s sister described his death as an assassination. “I only saw him when he was already dead,” she told Adala UK. “He had been hit on the head and this was the reason why he fell into a coma.” She said that the hospital refused to conduct an autopsy, and told her family Saika’s death was caused by a rat bite.

Western Sahara Resource Watch also reported on Saika’s death, explaining that, as seen in a photograph of Saika in the hospital, he was handcuffed to the hospital bed while in a coma.

Following news of Saika’s death, massive protests broke out in Morocco and the occupied territory, such as this one on Saturday in Laayoune, where many activists wore black and held signs with Saika’s image.

In this Facebook clip from Laayoune, a man writes on a wall in Laayoune, “We are all Brahim Saika,” while another holds the Sahrawi flag.

For more curated videos from Western Sahara, go to Watching Western Sahara Checkdesk, where this post was originally published. Click here for more from our project curating eyewitness videos of human rights issues in Western Sahara.