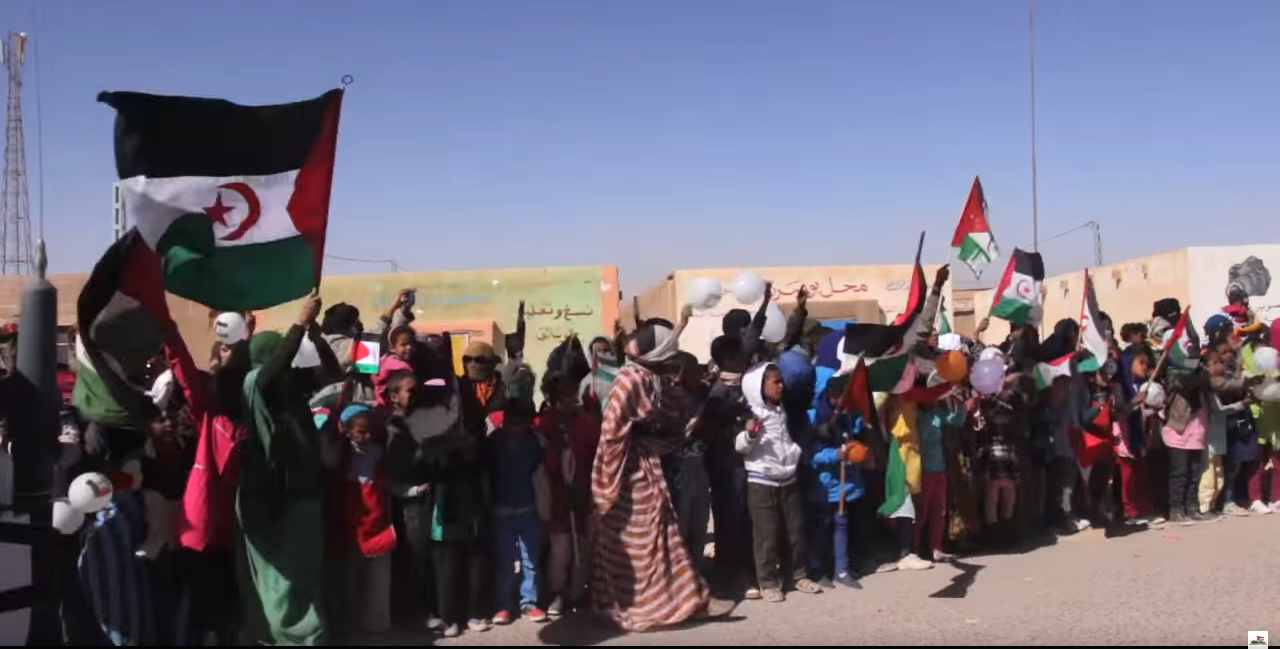 When UN Secretary General Ban Ki-moon visited the Sahrawi refugee camps in Tindouf, Algeria, last weekend, he told the Sahrawi people that he would “spare no effort to help make progress towards a just, lasting and mutually acceptable solution for Western Sahara.” Ban Ki-moon’s call to restart negotiations was welcomed by the Sahrawi people, who have struggled for independence from Morocco and the right to self-determination for 40 years.

The dispute over the sovereignty of Western Sahara, a resource-rich coastal territory of northern Africa, has languished without a diplomatic solution and far from the media spotlight. After Spain withdrew from its former colony, Morocco waged a war for the land, fighting off the Sahrawi independent army of the Polisario Front. By the time the UN brokered a ceasefire in 1991, tens of thousands of Sahrawis had been displaced to Algerian refugee camps, and Western Sahara had become known as the “last colony in Africa,” on the UN’s list of non-self-governing territories.

And so it remains today. Despite a clause in the ceasefire agreement calling for a referendum on Western Sahara’s independence, that has yet to happen, leaving more than a half million native Sahrawi people living under Moroccan authority, and another 100 thousand Sahrawis in refugee camps across the border, waiting to return to their homeland once they can exercise their political rights. Anger, Ban Ki-moon told reporters after visiting the camps, was the overwhelming feeling expressed by Sahrawis he met, “people who for more than 40 years have lived in the harshest conditions and who feel their plight and their cause have been forgotten by the world.”

That anger can be seen in online videos documenting life, activism, and human rights abuses in Western Sahara. A new WITNESS Media Lab project will curate, contextualize, and amplify those videos to try to understand what the Sahrawi people experience in the disputed territory and why their struggle for self-determination has been forgotten for so long.

Below is one example, filmed in the capital city of Laayoune last week, just days before Ban Ki-moon’s visit to the Sahrawi refugee camps.

The young protesters belong to a network of groups calling for economic rights of native Sahrawis. “Human rights,” they chant, as police attempt to tear the protesters apart, “see it well.”

Their call is directed not to the officers, nor the local media—a free press does not exist in Western Sahara—but to those of us witnessing their protests online. There are few other ways to monitor human rights issues in Western Sahara, given media restrictions and the inability of human rights monitors to freely visit the region. (Even Ban Ki-moon’s visit to Western Sahara, originally slated to take place during his recent trip to the region, has been delayed without a clear explanation or new date.)

Documentation is left up to Sahrawis themselves, equipped with limited resources and working at great risk to give the world outside a glimpse into life under occupation.

Over the next several months, the WITNESS Media Lab will share eyewitness videos from Western Sahara and develop a platform to curate updated and contextualized footage, so that videos by Sahrawis themselves can provide information that international human rights monitors and journalists have been unable to gather on their own.

We will take a close look at the tactics used by authorities to clamp down on activism, and to prevent Sahrawis, journalists, and human rights monitors from filming or photographing protests.

We will share videos from a protest movement that has taken hold throughout the territory, using tactics of nonviolent resistance in calling for Sahrawis to reap the economic benefits of natural resource extraction, and other stories told in the protest chants, signs, and testimony in their videos, such as this protest in the capital city last Saturday, calling for the self-determination of Sahrawi people.

Online videos by Sahrawi citizen journalists can help fill gaps that have been created by the paucity of reporting in the disputed territory, but they only offer a peek into human rights issues in Western Sahara. Watching them leads to further questions, and exposing them can lead to greater risks to those behind the cameras. We are working with peers including FiSahara and Meedan to address these challenges, and will share the tools and strategies we use to ensure that eyewitness videos provide a critical source of information about the human rights issues Sahrawis want the international community to witness and act upon.

Stay tuned here and take part in the conversation by sharing your thoughts, videos and resources with us on Twitter at @WITNESS_Lab.

The featured image is a still from a Saharawi Voice video about UN Secretary General Ban Ki-Moon’s visit to the Sahrawi refugee camps in Tindouf, Algeria.