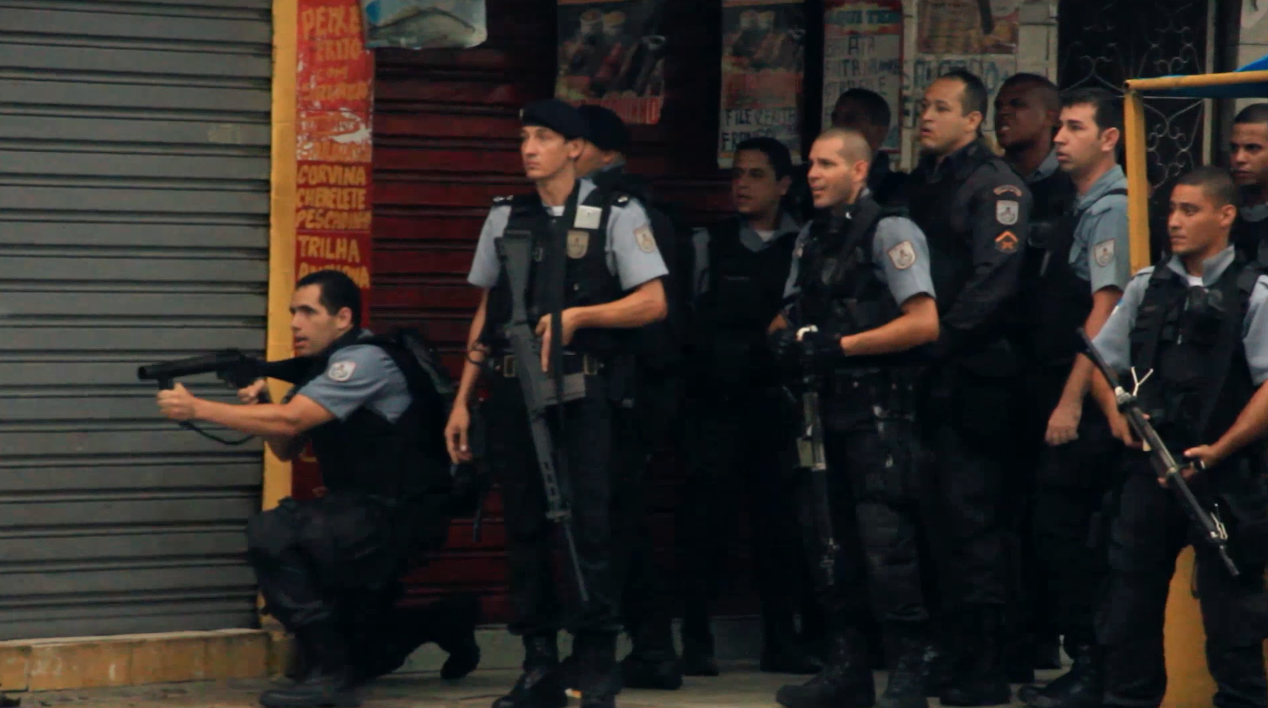 Published September, 2015 by WITNESS in Update

Dispatch from Brazil: If killed by police, guilty by default … unless there’s video?

Imagine for a moment that your loved one was murdered. Perhaps a son as he played with friends on your street, or a nephew who just happened to be at the wrong place at the wrong time.

Now imagine the perpetrator was a police officer and, because of that, there is only a 0.8% chance of that crime ever being investigated or brought to justice. Even if completely false, the police officers’ version of events (your son was armed, your nephew attacked us…) will become the official story without much contestation and you would spend the rest of your life trying to correct the facts and demand justice.

Deep down, you know how unlikely it is that anyone be held to account for your loss, especially if your son was young, black and poor. People will be outraged for a few days, but then go about their daily lives. The media didn’t really care what happens in your part of town. It is just the way things are. It was the way they’ve always been.

This is the reality for the thousands of families that have lost loved ones at the hands of police in Brazil.

Officially, Brazilian police kill 2,000 people every year. But like in the U.S., that number is far from reliable—reporting is irregular—and, on top of that, many instances of extrajudicial killings by police end up masked as “deaths by resistance” (considered a “justified” use of lethal force, proof or no proof). Activists believe the actual number of people killed by police in Brazil is as high as four or five times the official count.

When WITNESS first began supporting networks and movements using video to fight police violence in Brazil, it was fascinating to look back at emblematic cases and realize how important video had been to break this engrained pattern of impunity. Against all odds, the existence of a video often served as a real hope—sometimes the only hope—for truth and accountability in cases of violence perpetrated by police. Video provided undeniable evidence, dismounted false narratives and helped ramp up the pressure on the processes, institutions and authorities responsible for ensuring justice.

“He ascribes this anonymity in part to the fact that there was no video of his death, as there was in the cases of Eric Garner and Walter Scott.”

It’s not unlike what happens in the U.S. Victor White III, a 22-year-old black man from Louisiana, died in March 2014 just hours after being detained. Cops said he shot himself while sitting in the back of the police car, handcuffed—a version later contested by the coroner’s report. His father, the Rev. Victor White III told Slate that, “most Americans don’t know his son’s name. He ascribes this anonymity in part to the fact that there was no video of his death, as there was in the cases of Eric Garner and Walter Scott.”

It’s as if the existence of a video is the best way to ensure the word of a police officer does not prevail over the silence of a dead victim. In Brazil, generally there are two types of cases of police killings that have resulted in some form of justice or accountability: those cases involving a high profile, rich or well-connected victim, or cases in which there was video.

Consider the following examples, taken from research we are collaborating on with our partners at Article 19 Brazil:

1) Favela Naval – São Paulo, March, 1997: Comparable to the Rodney King moment in the U.S., the Favela Naval case began after a covert filmer recorded hours of footage showing the actions of a group of police officers at a checkpoint in a community on the outskirts of São Paulo. Over several days, the officers extorted and tortured different people, and also killed an innocent man. The video was sent to a journalist and then broadcast by the nation’s most-watched news show, generating unprecedented public discussion in Brazil and charges against the officer that fired the deadly shot. (Reiterating how rare this was and still is: a mere filing of charges falls into the 0.8% category I mentioned above. Prosecutions of officers are scarce, and convictions even more so). In court, the video was used by both the prosecution and the defense to argue different points. The officer (known as Rambo) was sentenced to 46 years in prison (later reduced to 15 in appeals). When he was released after 8 years, Rambo gave a frank assessment, admitting he would have never even been charged had that video not existed. The family of the man who was killed in the video was awarded compensation by the courts, but more than a decade later the state has yet to make those payments. Despite that, the images achieved an enormous feat in an era marked by rampant police abuse and zero accountability. 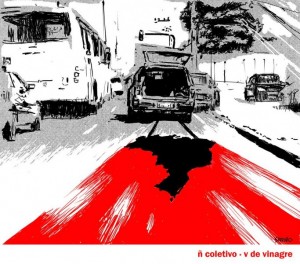 Image by Collective ñ. Free use.

2) Claudia Ferreira – Rio de Janeiro, March, 2014: Claudia was hit by gunfire on the neck on her way to buy bread one evening in her community, Morro da Congonha. A mother of four children who also raised her four nieces and nephews, Claudia was thrown into the trunk of a police car after she was injured; officers claim they were attempting to take her to the hospital. On the way there, her body fell out and was dragged for roughly 800 feet before the officers stopped the car to throw her back inside. The person driving the car behind the police vehicle witnessed the incident and had the instinct to take his phone out and film the horrific scene. The images were shared with a local newspaper and fueled widespread outrage and protest. The repercussion led to the detention of the three officers involved, a meeting between Claudia’s family and the state governor, a statement by the Brazilian president and an agreement for compensation to Claudia’s family. Perhaps the most powerful aspect of this tragic story is the following detail: prior to Claudia’s death, the officers involved in the case had, between them, already been involved in 69 other cases where people died at their hands. It took a video—shaky, amateur, accidental—to get them off the streets, albeit temporarily. It’s unlikely the family would have been awarded any kind of reparation without visceral imagery that surfaced.

3) The José Case – São Paulo, March, 2014: José, 17, heard a knock at his apartment door in São Paulo in the middle of the night. When he opened it, there were two officers asking him and his mother to accompany themto the precinct to cooperate on an unspecified matter. Only after arriving there did he realize he was being accused of stealing a car. The evidence? Rumors from witnesses that the assailants had fled into the building whereJosé lived. Acting on those tips, police asked the doorman who the last people to enter the building were, and that led to José. Despite his family attesting that he had been home, and the blatant lack of evidence, José was convicted the following month and sentenced to serve time at a juvenile detention center. His savior? Surveillance camera footage from his building’s elevators, which showed José exiting his building several times over the course of the night to smoke cigarettes on the sidewalk (no car theft involved). The footage was edited by a group of investigative journalists (the amazing folks at Ponte) and then shown to the judge overseeing the case. Ten hours later, José was released and cleared.

4) Alan Lima – Rio de Janeiro, February, 2015: Alan, 15, was enjoying a night with friends—riding bikes, telling jokes and, as many teenagers do, recording themselves on their cellphones. Military police arrived suddenly and began shooting in their direction, killing Alan and wounding his 19-year-old friend Chauan. For several days, the officers maintained that the boys were armed and that they only fired their own guns in self-defense after shots were fired at them as they patrolled the area. When the video Alan had recorded on his cellphone surfaced, they proved the opposite: the boys were unarmed and the only shots heard are from the police. The videos led to investigations of nine police officers and, in a rare example of accountability climbing the ladder of command, the chief commander was fired, even though he was not even physically present at the scene. The head investigator in charge of the case said the videos were “definitive proof” of the boys’ innocence.

These four examples—enraging, heartbreaking, unacceptable—illustrate the potential of video to catalyze justice in faster and more effective ways than ever before. The more people equipped to shoot video from their phones and collect evidence, the harder it is to hide or deny the truth. But the power of video has yet to be fully leveraged. Imagine what could be accomplished if these images were more strategically filmed, shared and deployed. How many more Alans and Josés and Claudias could be cleared? Could they be avoided altogether? 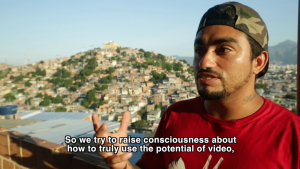 Of course video is not a magic wand, and even with perfect video we still live in an imperfect world. Even the best evidence can only go so far within legal and political institutions characterized by systemic racism and classism. But video has undeniably served as a powerful counterweight—a tool to ensure more voices are heard in more spaces.

People from communities on the frontlines of police violence in Brazil have embraced this potential and taken to video and social media to speak out, even at great personal risk. Our partners at Coletivo Papo Reto have been featured by the NYTimes Magazine and by Fusion TV for their brave activism, refusing to accept war as normal life and fighting back with just their phones and some good old community organizing. They understand how powerful these images can be, and so do the police. One of our partners said this: “a few years ago, officers would stop us, pat us down, look for weapons. Now they just ask for our phones and tell us to type in our passwords so they could browse our gallery and delete any videos that may be damaging to them”.

We invite you to stand in solidarity with those documenting police abuse in Brazil. You can:

Priscila Neri is a Senior Program Manager at WITNESS.

For more stories video of police abuse around the world, explore this map. WITNESS Media Lab intern Allison Walker compiled the diverse stories of cases we have followed for several years to track how video exposed abuse and what sort of impact it made.