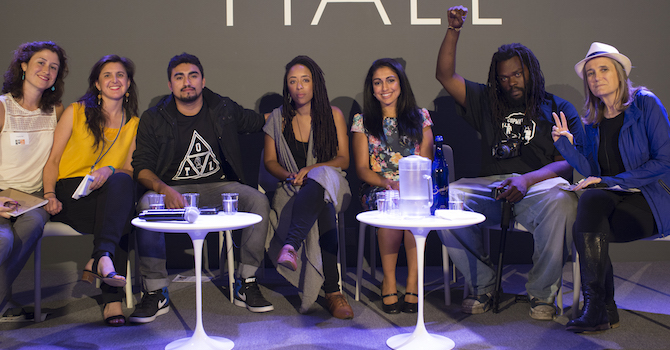 LIVESTREAM – From Rio to NYC: Can eyewitness video end impunity for police abuse?

On Monday, September 14th, the WITNESS Media Lab hosted a panel on filming police violence at Civic Hall in Manhattan. From Baltimore to Rio, killings and brutality at the hands of police are at the center of public discussion. In case after case, videos eyewitnesses footage is exposing systemic abuse to wider audiences and resulting in increased media attention, public debate, and in some cases, a measure of justice.

So for victims and communities most affected by police abuse, is video the best hope for truth and accountability?

The event explored these questions bringing together leaders from the U.S. and Brazil who have used videos to expose police brutality, change the national conversation, and catalyze justice, often at great personal risk.

The evening was moderated by Amy Goodman, journalist and host of Democracy Now!, and hosted by WITNESS Media Lab program manager Madeleine Bair.

This panel was organized as part of the WITNESS Media Lab’s latest project on police violence and video in the United States. The full project can be found here.

The livestream from the event is now available: